Mind Voyages Challenge - Going all the way to Pluto 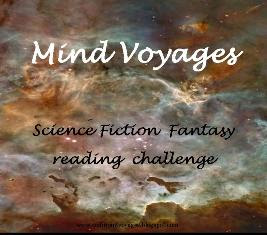 For the Mind Voyages Challenge, I am choosing  The I'm going to Pluto because Pluto is still a planet as far as I'm concerned Voyage.

I'll be concentrating primarily on the Hugo Winners from 1946 to 1963 with a few thrown in that strike my fancy plus those I have on my shelves currently.(which are in italics)  I'll be making multiple side trips through the galaxy, and dipping into the Heinlein Quest and Philip K. Dick quest. Plus I'll also be exploring new books which are yet to be determined.

The Man in the High Castle (hugo 1963)
Flow My Tears, The Policeman Said

My ship is all fueled up, I have my provisions packed and I'm ready to blast off and explore the galaxy.    Come take a Mind Voyage with me and discover a few new stars for yourself.
at December 09, 2009