Teaser Tuesdays is a weekly bookish meme, hosted by MizB of Should Be Reading. Anyone can play along! Just do the following:

"The Secret is how to die.

Since the beginning of time, the secret had always been how to die. The thirty four year old initiate gazed down at the human skull cradled in his palms. The skull was hollow, like a bowl, filled with bloodred wine." (page 1)


"Few men knew it existed...and even fewer knew its awesome power or the ingenious way in which it had been hidden. To this day, it remained this country's greatest untold secret. Those few who did know the truth kept it hidden behind a veil of symbols, legends and allegory." (pg 11)

"As the man spoke, Langdon felt a tap on his shoulder. He turned and his eyes were drawn down...directly into the face of a tiny Japanese woman. She had a fierce expression, a mottled complexion, thinning hair, tobacco-stained teeth, and an unsettling white scar that sliced horizontally across her neck. (pg 66) 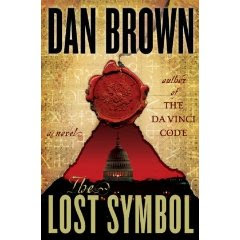