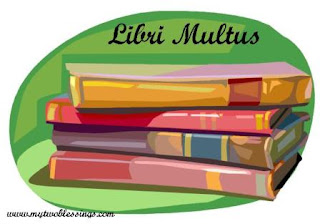 Just a few light books I read between the review books and some of the heavier, darker ones, I have a tendency to read. 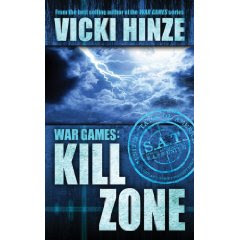 Kill Zone by Vicki Hinze. (book 5 in War Games Series.) New to me author discovery. Writer of Paranormal suspense romance. Psychologist Morgan cabot heads a special military support team including Taylor Lee and Jazie Craig who have special abilities. They can hear, see and feel things that others can't. They are after a terrorist who uses body doubles not only for himself, but also doubles to infilitrate anyway at anytime. Do you really know the person sleeping next to you? Looking forward to reading more by Hinze. 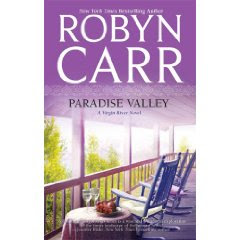 Paradise Valley (Virgin River Series # 7) by Robyn Carr. Main story follows Rick and Lisa, the high school sweethearts introduced a few books back. Rick has returned from Iraq, injured and mad at the world. Will the twosome be able to survive this latest problem? Shady Brady is back and he's turned a new leaf so to speak and wants to start over in Virgin River. Also follows the continuing romance of Walt and Muriel, Abby and Cameron and brings back a sober Cheryl, the former town drunk. Great series. 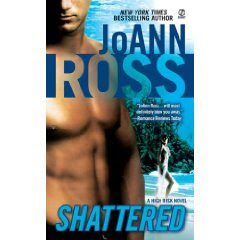 Shattered (A high Risk Novel #3) by Joann Ross. Follows Shane Garret, an army night stalker pilot and Army doctor Kirby Campbell. They once had a red hot affair while in Baghdad, but when Shane looses his leg in combat, cuts off Kirby as well. In his mind, it would be better for her to find someone whole. They are thrown together again, a year later, when they both end up working for the phoenix team to rescue a co-worker and doctor friend of Kirby's taken hostage in Central American. Very, very good. 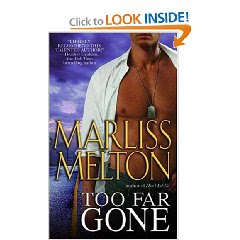 Too Far Gone (Navy Seal # 6) by Marliss Melton. Follows Navy Seal Sean Harlan who has befriended his renter Ellie Stuarts and her three little boys. When her boys are kidnapped, Ellie and Sean are blamed and they are on the run, trying to find her boys, trying to stay one step ahead of who ever is trying to pin it on them and figuring out who they can trust. Also very, very good. 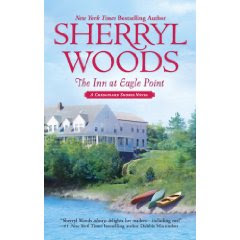 The Inn at Eagle Point (book 1 in Chesapeake Shores Series) by Sherryl Woods. I happened upon a Sherryl Woods book in Savemart which was the 3rd book in the series. After reading it, prompted me to go back and read the first two books in the series. The main part of the story follows Abby coming back home to Chesapeake Shores to help her sister, Jess. She also runs into an old flame, Trace, who she had left years ago. At first he does everything he can to force her to stay in town and help her sister just for revenge. But soon, the revenge turns to wanting a second chance. 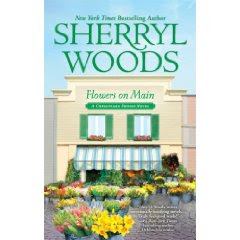 Flowers on Main (Chesapeake Shores # 1) by Sherryl Woods. Takes up with another sister, Bree leaving Chicago and her career as a writer to open up a flower shop and make a new start. She also had left behind an old love when she moved away and he isn't so happy she has returned. He would rather have nothing to do with her at all but he is the flower wholesaler. They have to learn to put aside hard feelings and work together, while the whole town watches and waits to see what is going to happen.
at August 21, 2009