I am an appreciator!

I Am an Appreciator! 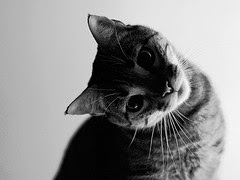 
I rarely talk about work but yesterday was an odd day at the shop. Every single one of our customers and non customers who walked through the door were very wired. One was concerned I was going to scratch up his stereo with my lego watch. Yes, I wear my son's lego watch to work and most of the time it prompts interesting questions. I assured him it wouldn't.


Another walked in and saw our complaint department plaque on the wall and with a worried look "Well, I can see I better not complain," then proceeded to complain about this, that and the other thing and talked himself out of leaving his unit for repair with hardly a word from me. 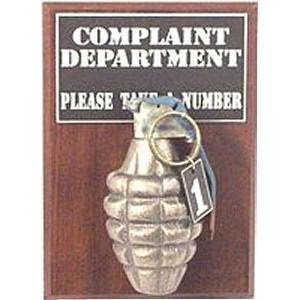 The topper on the day. I'm on the phone and a young african american gentleman walks through the door. His baseball cap slanted to the side, the droopy pants and maybe this is a new style - his shirt half on with only one arm through a sleeve. He gives me this beautiful smile. "I was just walking by and I had to come in an tell you how beautiful you are," as his eyes slide from my face to my double A chest, then around the room, then back to me. His hand comes up to his chest. "But you must know that. Were you a cheerleader, you just have to have been a cheerleader."

"Nope," I said with a slight shake of my head. What else can you do but smile and say thank you.

"I'm sure your husband must tell you every single day. He must, he just has too" with another dropping look to check out the picture of the grand canyon train running across my chest. I'm trying not to laugh and be polite. What does this guy want?

"Well," he says. "I'm an appreciator. And when I see something or someone beautiful I just have to say something. I'm not one of those detractors. You must be from California."

"No, actually Texas" which lead to where in texas and when I said "Arlington" he looks at me excitedly.

"You must know Hank. I can't remember his last name though, but the Hank guy. You know, the one who sells propane?"

"Sorry, don't have a clue. It's been a while since I've been there." When I tell Father about the conversation later, he immediately picks up on the Hank. The cartoon character Hank Hill on King of the Hill who works at the fictional propane company in Texas.

This guy acted like he was talking about a real person. Anyway after he finished casing me and our shop, eyes wandering all over the place, he wished that I would have a "fine" day and eased out the door.

I guess I should have been flattered, but it was just strange. Most of the customers (generally men) are appreciators of all things electronic. Rarely me, except they appreciate the fact we are a mom and pop shop and get personalized service. All the while my technicians are working in the back and listening to the conversation. I had expected at some point during this conversation for one of them to make an appearance, but R just said later"Oh, you didn't have the stressed sound in your voice that you get when your upset, so I wasn't concerned."

Gee, they know me so well.