I have to decided to join in Sunday Salon

"What is the Sunday Salon? Imagine some university library's vast reading room. It's filled with people--students and faculty and strangers who've wandered in. They're seated at great oaken desks, books piled all around them, and they're all feverishly reading and jotting notes in their leather-bound journals as they go. Later they'll mill around the open dictionaries and compare their thoughts on the afternoon's literary intake....

That's what happens at the Sunday Salon, except it's all virtual. Every Sunday the bloggers participating in that week's Salon get together--at their separate desks, in their own particular time zones--and read. And blog about their reading. And comment on one another's blogs. Think of it as an informal, weekly, mini read-a-thon, an excuse to put aside one's earthly responsibilities and fall into a good book.

The Salon's membership has grown so large that it's no longer possible for any one Salonist to read all of the Salon posts every week, much less comment on them meaningfully. Salonists should not feel any pressure to do so. Please feel free to skim around, to read what appeals, to visit the blogs that are of interest and forgo the rest. Salonists should feel free also not to post some weeks if they haven't the time to read."

Links to participants posts for Sunday Salon can be found here.

I received an email this morning from Rebecca at Rebecca Reads inviting me to join in the Martel-Harper Challenge. I had previously dropped out of the challenge with the sudden death of Dewey from Hidden Side of the Leaf. She has taken over the challenge and set up a hub page where links can be posted to reviews. So, in honor of Dewey, I decided to drop back in to the challenge. The goal is to read two books a quarter from the list of books Yann Martel has sent to Stephen Harper. The two books I am going to read for the first quarter are: 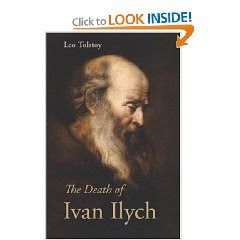 The Death of Ivan Ilych by Leo Tolstoy. It is pretty short at 86 pages and will also apply to the 2009 Casual Classics Challenge. I also will be reading Seven Story Mountain by Thomas Merton, Anna Karenina by Leo Tolstoy, Pride and Prejudice by Jane Austen and St. Augustines Confessions for the challenge. 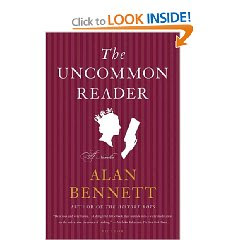 The Uncommon Reader by British writer Alan Bennett, a short novella of 128 pages. It is a humorous fictional book about Queen elizabeth II chases after her corgi who runs into a traveling library and what follows after she takes out a book.


Both books are on my Amazon Christmas wish list (nudge nudge wink wink)
It was my turn to work the Saturday shift at the shop yesterday. It was a big day because James came with me. He had fun greeting customers and offering to help them. Of course, he had to tell each and every customer about Father breaking his leg while putting up Christmas lights. He even asked one of our female customers to marry him. I don't know how he knew that she was single, but he did. He is such a flirt. She thought he was cute and when she left said "Goodbye my future husband." 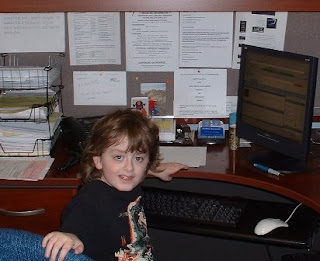 When we got home from work yesterday, Father pointed out a large wrapped package under the Christmas tree. It may be the longest book ever written gift he was telling me about. Supposedly this particular book was not going to ship from Amazon til after Christmas, but it just happened to arrive yesterday by Fedex. He was quite proud of himself that even with being on crutches and hobbling around, he managed to get all the fixings for wrapping the present out of the closet and get it done without any help from me.

I finished 'Pagan Stone' by Nora Roberts (review link) which completed the Fall Reading Challenge and 'Head On' by Colleen Thompson (review link).

I took a stress break and some me time this week and went over to Berean's Christian books. I told myself would do some Christmas shopping, but the only person I bought anything for was me. Did it relieve my stress --- Yes! I picked up: The Shape of Mercy by Susan Meissner, The Dancer by Colleen Coble, Coral Moon by Brandilyn Collins, and Fireproof by Eric Wilson. They will all apply to the Christian Reading Challenge for 2009 hosted by MizB.

And last but not least, I decided to host my very first challenge, a Winter Reading Challenge. Decided what books I would read during the challenge and posted the list. 5 people have decided to join me so far and are working on their lists. James has quite a few chapter books he hasn't read such as Mr. Poppers Penguins, Encyclopedia Brown, Twenty Thousand Leagues under the sea (jr. version) yet so we are going to set up a goal of 10 books for him to read during Winter.

We are all ready for Christmas, except for the gifts Father ordered from Amazon, which will arrive on Monday. All I have to do is wrap all the gifts I purchased, which are currently hidden in the garage and our bedroom closet. I'm trying to decide what going to do for Christmas dinner. Instead of the traditional turkey, I may do something different and fix prime rib or rack of lamb. Decisions, Decisions.

"I have always imagined that paradise will be a kind of library."