It's that time of year and Callapidder Days is hosting Spring Reading Thing 2008. I learned my lesson from the fall reading challenge and decided not to go overboard with my choice of books. During the last challenge, I discovered so many new and interesting books, like the Twilight Series, that I didn't get through my list. Books I had chosen seemed dry and pale in comparison to the new discoveries and I lost interest in my chosen books. So I'll start with just a few and may add more as time goes on.

There are certain authors I have fallen in love with over the years: Bodie Thoene, Dee Henderson, Ted Dekker, Frank Peretti, Wayne Thomas Batson, Stuart Woods, Dale Brown, Terri Blackstock and John Grisham to name a few. Once I discover an author I like, I devour all their books.

I'm enamored with Nora Roberts right now. Her trilogies are well written and leave you with such a warm, happy feeling at the end. I've read the Irish Trilogy twice now. The characters grow on you and you don't want the stories to end. She also writes under the pseudonym of J.D. Robb about a futuristic female homicide cop which are also quite interesting. So, even though a few of her books may be on my list, more will be read and possibly reviewed.

The books I have chosen to read for the Spring Reading Challenge so far are:

All her In Death Series about Eve Dallas. I am currently on #4 Rapture in Death and #5 Ceremony in Death

The remaining fiction books I will be reading are

On The Fifth Day by A.J. Hartley (used book store find) Mystery Thriller: "Thomas Knight confronts a church conspiracy of silence surrounding the death of his brother, Father Edward Knight, while on a research trip in the Philippines." 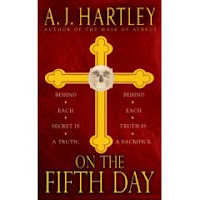 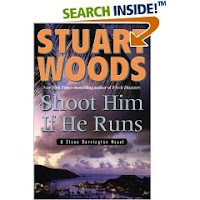 Scarlet (book 2 of the King Raven Trilogy) by Stephen Lawhead: "Scarlet continues the saga that began with the novel Hood, which relocated the legend of Robin Hood to the Welsh countryside and its dark forests. 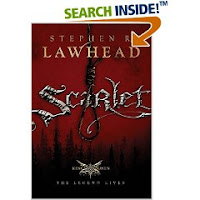 Before I say Goodbye by Mary Higgins Clark: Mystery and Suspense 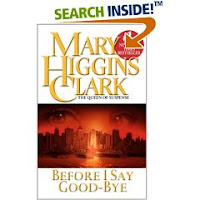 Haunted Mesa by Louis L'Amour (another used book store find. However this one was free. The used book store by our business has started throwing out books they don't want in the box crusher out behind the building and Father has been "rescuing" them. Doesn't make sense why he is throwing out some books when they are in perfectly good shape. His loss, our gain.) The reason Father picked out the book for me was years ago I used to have a t-shirt with a picture of L'Amour riding a horse and smoking a cigarette. I had totally forgotten about that shirt - it has long since gone to the rag pile, but the book reminded him of the shirt. 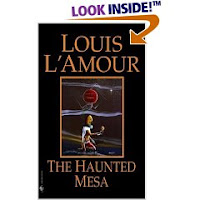 Tenth Justice by Brad Mietzer: Thriller within the halls of the Supreme Court 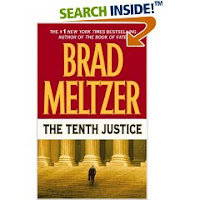 Blood Ties by Lori G. Armstrong: Murder Mystery. New author I discovered while stumbling around internet land. Relative newcomer and her first novel published in 2005. Fine out more about lori at her blog - First Offenders. 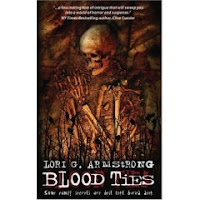 Undercurrents by Ridley Pearson: Read about Pearson in Writers Digest Magazine and decided to check him out. 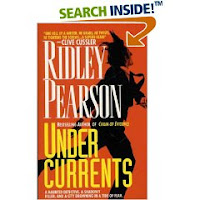 False Impression by Jeffrey Archer: This murder mystery is typical Archer with convoluted plots and many characters. He also incorporates 9/11 and the world trade center attack as part of the story. 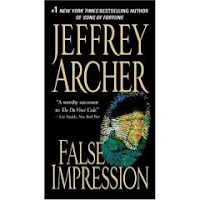 And last but not least

Adam by Ted Dekker: Another of Dekker spine tingling thrillers about good and evil. "FBI behavioral psychologist Daniel Clark has been made famous by his arguments that religion is one of society's greatest antagonists. What Daniel does not know is that his obsessive pursuit of a serial killer known only as Eve will end in his own death at Eve's hand. Twenty minutes later Daniel is resuscitated, only to be haunted by those twenty missing minutes of life."

These should keep me busy a while and keep Father from teasing me about all the Nora Robert books I have been devouring.