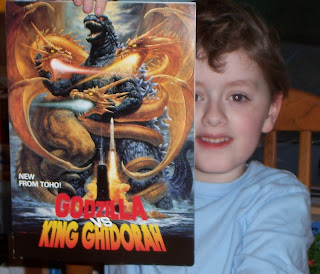 James has a new love: Godzilla! Father introduced him to the original U.S. 1954 version of Godzilla. You know, the one with Raymond Burr. We rented it on Netflix. After that, he was hooked. We have since bought several movies included the original Japanese Version of Godzilla. It is fascinating to watch. James took it upon him to write a letter to TOHO Productions. (I found the address for him) He is interested in visiting their studios (if we ever go to Japan) someday.


Here is the letter he wrote:

I am a big Godzilla Fan and would like to be involved in making a Godzilla film when I get older. What would I have to do to become a member of your production team. I would like to see more Godzilla movies made. May I visit your studio sometime when we come to Japan?

We edited it because he had recently watched "Herbie the Love Bug" and wanted to see a movie about Godzilla squashing Herbie. We didn't want to insult anyone, so we took that out. I added a cover letter with a request for a signed picture from one of the actors or a picture of Godzilla.

We just received a neat package from Toho Productions with several high quality press brochures. I just had to share them with you. They are beautifully done. 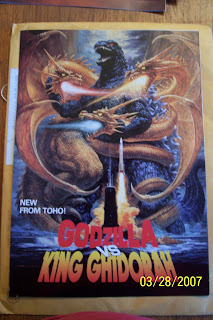 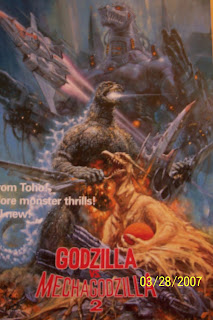