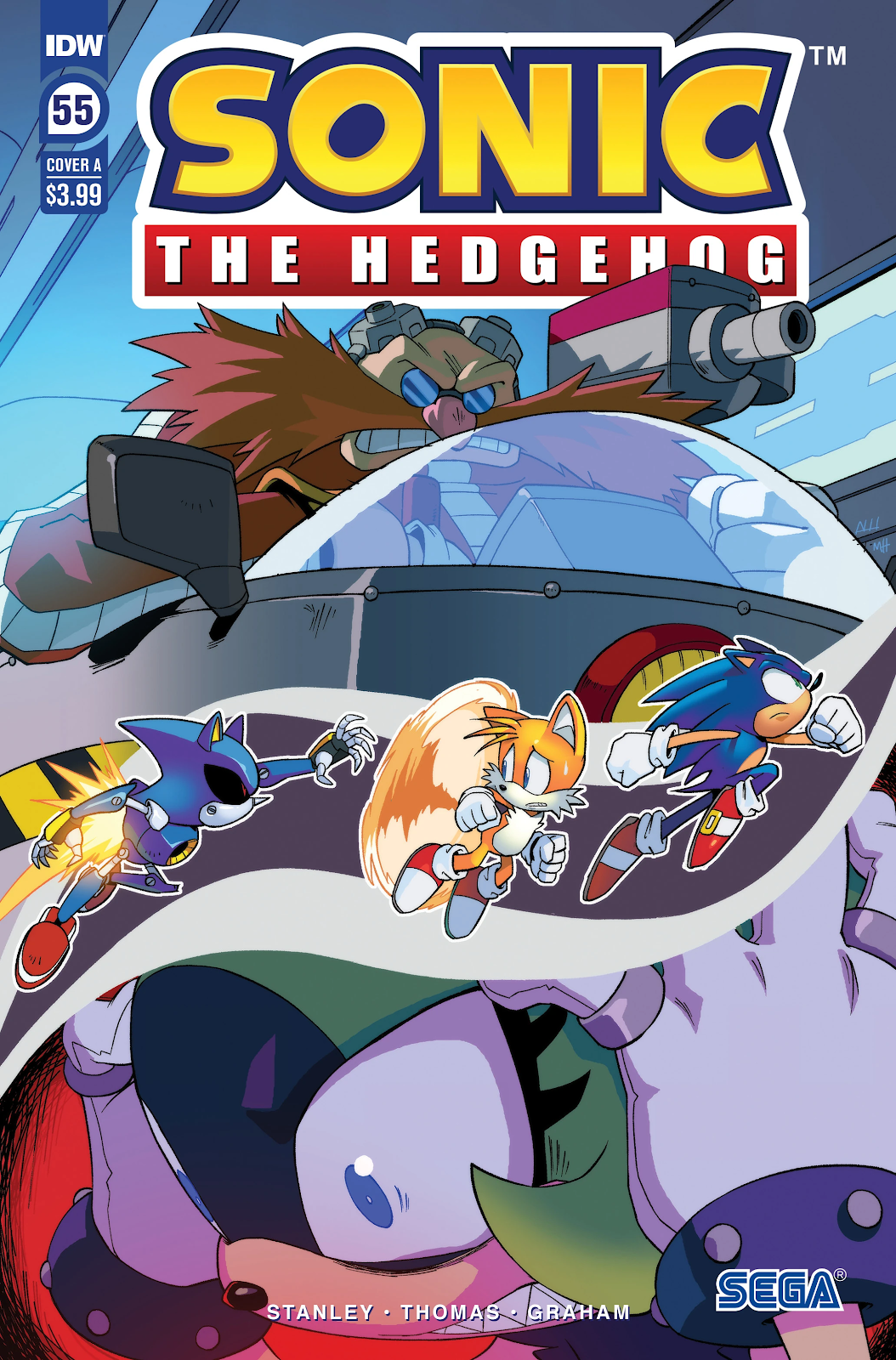 We're back, IDW Sonic's 55th issue has arrived and the fifth year of IDW Sonic is fast approaching as the year comes to an end. Plus, the story of Surge and Kit continues and, boy, it is intense with Eggman in the picture. In fact, he's teamed up with the heroes by the end of this one.

Evan Stanley is knocking it out of the park, who cares about IDW Sonic's flaws and the lack of certain characters, the comic is performing well and its worth as Archie Sonic's successor has been solidified further.

My thoughts on this?

The issue is fantastic, 10.5, the writing team is delivering real good and we fans keep scoring victories in many arenas one after another despite certain setbacks in some. Surge and Kit are really good villains just as Tangle and Whisper are cool characters. In fact, when are we gonna get these guys in the games. C'mon, SEGA, have 'em appear in Speed Battle and Dash like you did with Tangle and Whisper. Are they not as popular as them?

Tangent aside, I once again salute the IDW team and this comic deserves all the love and recognition as long as it keeps going since SEGA doesn't recognize defunct spin-offs due to their desire to always move forward. See you later!