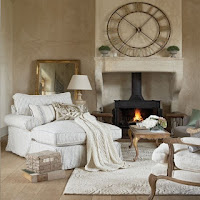 It's book week 30 in our 52 Books quest and I stumbled across this poem by Patrick Kavanaugh that I fell in like with:

The bicycles go by in twos and threes -
There's a dance in Billy Brennan's barn tonight,
And there's the half-talk code of mysteries
And the wink-and-elbow language of delight.
Half-past eight and there is not a spot
Upon a mile of road, no shadow thrown
That might turn out a man or woman, not
A footfall tapping secrecies of stone.

I have what every poet hates in spite
Of all the solemn talk of contemplation.
Of being king and government and nation.
A road, a mile of kingdom. I am king
Of banks and stones and every blooming thing.
Oh, Alexander Selkirk knew the plight

Reading Nalini Singh’s Last Guard which makes me want to go back to the beginning and read the first four books again in the psy changeling trinity series.

“Termed merciless by some, and a robotic sociopath by others, Payal Rao is the perfect Psy: cardinal telekinetic, CEO of a major conglomerate, beautiful—and emotionless.For Canto Mercant, family and loyalty are everything. A cardinal telepath deemed “imperfect” by his race due to a spinal injury, Canto cares for the opinions of very few—and ruthlessly protects those he claims as his own. Head of intel for the influential Mercant family, he prefers to remain a shadow in the Net, unknown and unseen. But Canto is also an anchor, part of a secretive designation whose task it is to stabilize the PsyNet. Now that critical psychic network is dying, threatening to collapse and kill the entire Psy race with it.To save those he loves, Canto needs the help of a woman bound to him by a dark past neither has been able to forget. A woman who is the most powerful anchor of them all: Payal Rao. Neither is ready for the violent inferno about to ignite in the PsyNet . . . or the passionate madness that threatens to destroy them both.”

Haven’t made much progress in the 14th and last book in the Wheel of Time series, A Memory of Light which will probably take me a while since it’s a chunky book.