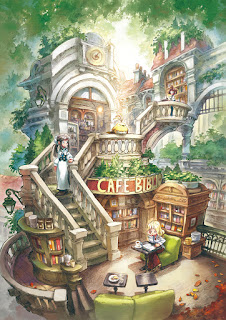 I'm going back to reading whatever I'm in the mood for on any particular day. I'm also going to Feed My Muse as much as possible in order get back to writing regularly.  My physical shelves reflect my various moods over the years which have segued from science fiction and fantasy to historical fiction to mystery and romances, which means I have a wide variety to which to choose.  I'm bound and determined to read from my teetering tbr stack, both physical and ebook wise. Although I'll make room for new releases from my favorite authors of course and books that arise from the various 52 Books optional challenges.

Since we are entering the year 2020, I going to play with several categories and mix it up a bit and do a 20/20 challenge. I plan to read 10 books in two categories and either 4 books in 5 categories or visa versa.

Yes, I realize for those who are mathematically minded, this doesn't compute, but reading is all about suspending disbelief, so we'll ignore that little fact for the moment.  *Grin*


Listed below are just a few books on my shelves I want to read this year.

Lord of the Rings - J.R. Tolkein
Hobbit
Fellowship of the Ring
Two Towers
Return of the King