Getting all my tools together to start NaNoWriMo.  A fresh, clean notebook, sharpened pencils and a fat pen.  A new laptop computer arriving this week that hopefully won't totally distract me with wanting to explore all the new widgets the very minute it arrives.  The house is clean, the bills are paid, laundry is done, lessons have been planned. The decks have been cleared.  The family warned. Now if I can just psych myself out to getting up a couple hours earlier.  Wondering if the time change is going to help at all.  Hmmm!

James has chosen not to participate this year, but I can see those wheels turning and I'm sure he'll be disappearing into his room every night after dinner to write.  Father's been complaining about not having enough time to work on his mic preamp design and he really, really, really wants to finish it.  I've suggested he do his own version of nano.  What shall we call it?  NaMiPreDeMo - National Mic Preamp Design Month. 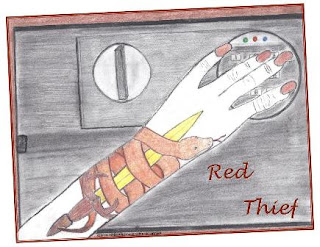 Sabrina Carmichael is the Vice President of Carmichael Enterprises and their software financial security expert.  She's a genius and designed the financial software used by many banks, brokerages and governments. 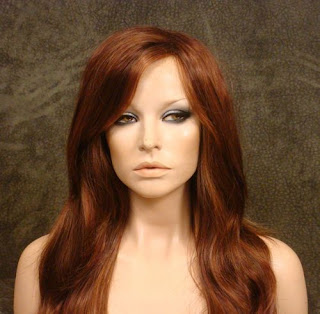 Sabrina
(yes, that's a wig manikin. The closest picture I could find that represented what she looked like)

Matthew Jordain, (left) one of the members of the board decides he wants to take over the company.  When the hostile takeover is thwarted, he kidnaps her and forces her to work for him and his brother Henry, (right) using her expertise to steal from his competitors.   She's constantly guarded and can't escape.  The only thing she can do is give Matthew what he wants It's the only way she can gain his trust and access all his secrets.  Perhaps she just may find a way to use it against him.

Jake Hunt and Richard Delasante have been deep undercover in the Naxsoft Conglomerate working for the crime family, Henry and Matthew Jordain.  They've worked their way up to trusted positions.  Jake is now Henry Jordain's 2nd in charge and Richard head of security for Matthew.   They are closing in on discovering their Asian and European connections, getting all the evidence they need to bring the cartel down. 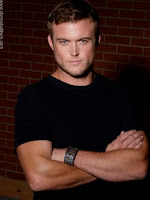 Richard (left) and Jake (right)  both know how ruthless the brothers can be and are concerned about Sabrina's safety.  They have a choice.  Rescue her and blow years of work or use her, without blowing their covers, to obtain the information they need to bring them down.  Little do they know she has an agenda of her own and may force them to make a choice when they least expect it.


This story has been floating around in my head for years, but I wasn't quite ready to commit to it.  Of course, wouldn't you know while I was figuring it out, other ideas popped into my head for a series that would continue with characters from Eyes in the Ashes. *face palm*     Father says I need to quit coming up with new stories and edit and finish the other stories I've started.  I keep telling him, it's all practice and with each story, I'm improving.   Soon, I'll be able to decide which story has the most potential and edit the heck out of it.  Which is another learning process in itself.

I'm going into crazy writing mode for the month and will be posting once a week on Sundays.  I'll be attempting to avoid the internet (easier said than done) as much as possible which means not turning on the computer until I've reached the daily goal of 1667 words. Lots of neat things going on around the blogosphere for Nanowrimo.   Check out the forums on Nanowrimo and nano sprints on twitter for some writing blasts.    Last night I discovered the Facebook group created by Lia Keyes, NaNoWriMo Warriors which is almost 200 people strong.  Need advice or just want to chat - Be sure to check it out.
at October 31, 2010