Sunday wrap up: Mystics and mystery and murder, oh my! 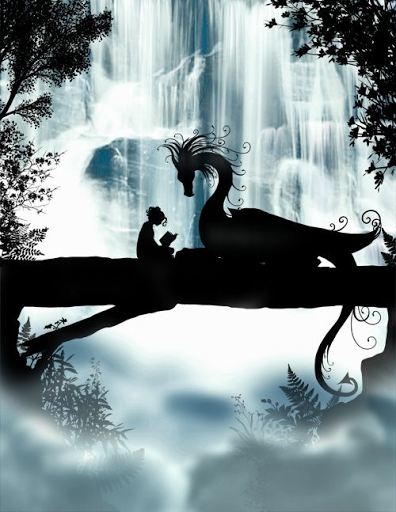 Books, books, and more books.  Life always stops when Nora Roberts aka J.D. Robb releases the next book in her ongoing In Death series featuring Eve Dallas and Roarke.  The latest installment # 52 Faithless in Death is a  magnificently written story involving death, jealousy, an international cult, and revenge. It picked up where #51 Shadows in Death left off with Eve completing the dreaded paperwork.
"Paperwork could kill.  Nothing, to Eve Dallas's mind, reached the same heights -- or depths -- as paperwork's terminal boredom."
Loved the twists and turns and how together with the FBI, homeland security, Interpol, plus Eve and her whole cast of characters managed to solve the crime."
(Category: Be Still my Heart, Futurist romantic suspense, 390)
Read two new to authors featuring the magical and the mystical. My kind of story.

"Dragons sleep in the earth here.  I feel them. Sometimes I see them - in my head, in my dreams, in the hunched shape of the mountains curled around the flattened bowls of the valleys"

Totally enjoyed Dragons in the Earth and read it twice, getting something different out of it each time. Claire is an interesting character, a psychic in tune with nature and can talk to animals, sense them everywhere to the extent she can sense the dragons asleep in the earth. Mix in horses, Gods and Goddesses, a mysterious invisible presence gliding and hunting over the land, and you have the makings for a intriguing story.  I just wish there was a sequel because I enjoyed all the characters and the personalities of the horses surrounding Claire.

"Bookstores were supposed to smell of old leather and dry paper. This one smelled of onions, of musty dry air trapped for centuries, smells that hung in the frigid air like invisible curtains. Aside from my own breath, the store was perfectly still, without even the whoosh of passing traffic to remind me of the world outside."

The Book of Secrets, the first book in the Last Oracle series is a fascinating story. Helena wants a job, any job better than McDonalds and answers a ad for a clerical job at Abernathy's bookstore.  By the end of the day, the owner has been murdered and she's thrown into the deep end, placed in charge of the bookshop with a mind of its own.  While learning on the job, she is caught between the police, two magical factions,  all the while trying to balance her normal home life with the needs of the mysterious, mystical  bookshop. I'm looking forward to reading more in the 9 book series.

And last but not least, Christopher Paolini's To Sleep in a Sea of Stars which was absolutely awesome.